The Expansion Zone explores the human experience from vast perspectives. We examine life and our quest to understand who and what we are and how we are shaped by invisible principles, belief systems, and conditioning. Through expert guests, we’ll explore the making of our world from quantum physics to parapsychology, health, sociology and philosophy along with practical living. We aim to present profound discovers on human potentials. While the world appears to be in endless turmoil, these dialogs remind us of the possibilities in securing personal change; change that will impact our perception of the world, and the way that we engage with it. For an hour we’ll stimulate and expand the mind! Sonia’s main website is www.therealsoniabarrett.com 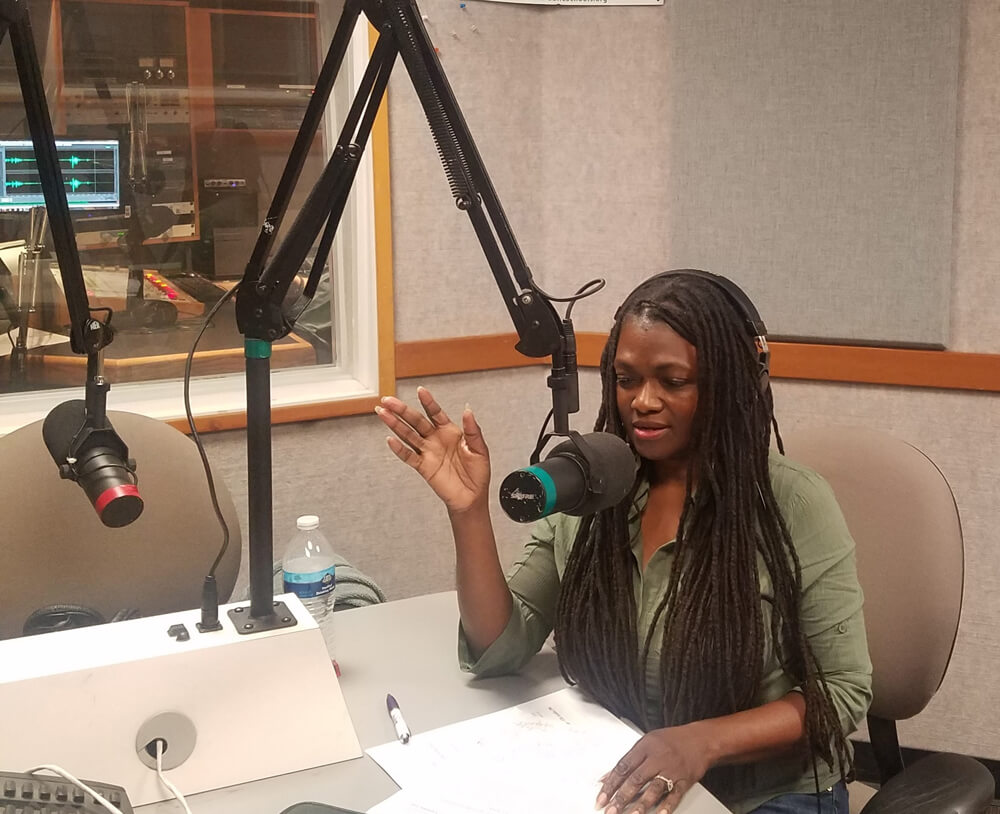 Sonia Barrett is known for her cutting-edge insights with much of it supported by quantum physics. Theoretical Physicist Dr. Amit Goswami refers to her as a true mystic. Her work bridges the gap between science and spirituality in a simplified format. She addresses the programming, beliefs and concepts by which we have lived our lives both individually and collectively.

Sonia Barrett teaches and coaches on The Natural Science of the path inward, she is the author of The Holographic Canvas: The Fusing of Mind and Matter and her second book, A Journey of Possibilities and Health: An Inside Job an Outside Business (a supplement to the film- each chapter is written by those in the film) and her latest book and 7 Day Program, Simple ways to step outside of your comfort zone; Letting go of an outdated life.

She has been a popular radio guest appearing on such shows as Coast 2 Coast AM with host George Noory, Red Ice Radio, Conscious Media Network/Gaia TV and a host of others..

Sonia Barrett has been a Keynote speaker at such conferences as the Alchemy Conference, Conscious Life Expo, the ISSSEEM conference, Conspiracy Con, The Bay Area UFO Conference and more. She has appeared on panels with such visionaries as Bruce Lipton, Ph.D., Dr. Jacob Liberman, Amit Goswami Ph.D., Rev. Michael Beckwith and others.

She has appeared in a number of documentaries, Openings; a search for Harry, Ghetto Physics the movie Co-produced by E Raymond Brown and Will Arntz (Producer of What the Bleep do we know) iTHINK, and soon to be released Punk Science the Movie, produced by Dr. Manjir Samantha-Laughton.

“Recognizing our spiritual and perceptual boundaries and comfort zones is a major factor in our quest for answers. In general, we are unaware of what we don’t know and the distance widens even further when we are affixed behind a barrier of limiting beliefs. Reality is a great science that has no boundaries only those that we create for our comfort. There is no right or wrong way to grow but it can be of tremendous assistance in recognizing the limitations which hold us bound. ” Sonia Barrett

She produced The Business of Disease documentary, 77 minute feature. Distribution for the film launched in February 2017 and is now available on select TV and digital platforms (visit www.thebuinessofdisease.com for details) She has also published a companion book Health an Inside Job an Outside Business with each chapter written by those in the film www.thebusinessofdisease.com.

The Business of Disease is a seventy-seven-minute documentary exploring the hypnosis of marketing, belief systems and the body’s ability to heal. The Business of Disease documentary exceeds the marketing of dis-ease but also examines the environmental and social programs from which our choices and experiences are shaped. It is an observation of how and why we have become catalysts for the business of disease. The film aims to provide options and insight into cutting edge possibilities. Science is integrated as a means of opening the door to available possibilities in better understanding the inner technology of spirit, mind, and body. The documentary takes a “whole being” approach in dealing with dis-ease. This is a film that encourages us all to be unafraid to take responsibility for our bodies, our spirits, and our minds.

“Sonia Barrett is one of the world’s true visionaries who can see beyond the veil into the deep fabric of the universe.”