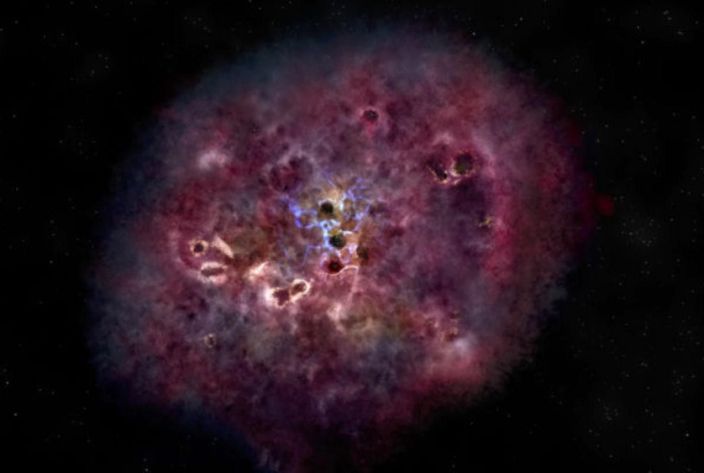 “Astronomers are puzzling over an ancient galaxy from the dawn of the universe – which suddenly went dark billions of years ago.

The galaxy, known as XMM-2599, formed an immense number of stars by the time the universe was only one billion years old.

But then it was suddenly snuffed out, and scientists are not sure why.

Before the universe had reached two billion years, XMM-2599 had managed to form a mass of more than 300 billion suns, wrote postdoctoral researcher Benjamin Forrest in the Astrophysical Journal.

At its peak, this monster galaxy gave birth to more than 1,000 solar masses a year. By comparison, the Milky Way forms about one new star a year.

Researchers were able to make the detailed measurements and calculate the distance using powerful spectroscopic observational equipment located at the Keck Observatory on Maunakea in Hawaii.”